Vanakkam. After recently rebooting the setting, I’m posting a series of primers on my Gods of Terra SF universe, mostly but not entirely focused on a small region of space known as the Local Galaxy.

The universe is vast, both wondrous and dangerous, and filled with alien beings and forces ranging from benign to dangerously indifferent to the human condition. Here, great interstellar empires vie for power and the Prodigal, Children of the Shard, struggle for survival and acceptance, while forces beyond human sanity gnaw at reality in the dark between the stars. Here there are worlds with cities made of scents, people with the powers of demigods, and ancient, monstrous beings with hearts of gold. Yet here, even those with mundane limits, skills, and talents can make their mark and change the universe forever. Here, even gods can die.

In this series as a whole, I’ll offer a detailed picture of what GoT is all about, and in future, posts detailing the basic precepts on which everything runs, aliens and space-gods, creatures, superhuman abilities, exotic locations, and others.
A list of topics includes:


A while back, Steven Novella [Here] had posted some really good thoughts on the difference between effective, intellectually honest skepticism and cheap, lazy, cynical denialism, and on the importance of cultivating the former and avoiding the latter.


In the past, I’ve attempted to describe a belief spectrum from absolute credulity to definitive denial, but I currently think that’s an erroneous concept.


For as has often been pointed out by Stephanie Zvan, except for some rare cases of neurological dysfunction, nobody is totally credulous or completely cynical about everything, but somewhere between them in more of a rock-strewn landscape of belief with surer, safer footing nearer the center than at the edges, to paraphrase her analogy.


But in the comment thread of Steve’s post, one of the commenters [Starting Here] tries very hard to prove the very thesis of cynicism the post addresses in a classic and blatant display of the Dunning-Kruger effect, by conspiracy mongering, in dishonestly ignoring or dismissing all counterarguments, attempting to assert intellectual superiority by evading questions and repeating the same talking points using glaring errors in reasoning apparent to nearly everyone else in the thread, and especially obvious to Dr. Novella.


Despite suggestions from the others, and better arguments offered by same, at no point does the offending commenter get a clue as to his own incompetence in reasoning, and repeatedly sticks to 20-30 years out-of-date books and documentaries as proof positive of his claims of evil government conspiracies in a manner that seems a bit too uncritically cynical, arrogant, and condescending for one claiming to be the better skeptic.


Exactly what was described in Steve’s main post. To a tee.


The commenter is content to claim the moral and intellectual high-ground, and not once does he note the irony of his factual errors, illogical statements and attempts to shift the burden of proof onto the other commenters, thinking his own arguments absolutely steel-girded and views flawlessly correct.


I’m going to say something I rarely feel a need to: Incompetence leads to more of the same. Some people are too clueless to notice or too resentful to acknowledge their own lack of ability and project it onto others to protect their fragile egos and rice-paper thin skins.


I for one am skeptical of his claims, as I hear the same sort of absurd arguments from people whose only criticisms of science are based upon casting aspersions of motive and vested interest, thus showing quite nicely that they really don’t understand science.


As noted with the Dunning-Kruger effect, There’s an enormous difference between self-reporting how well-informed one is about something, and really being as well-informed as one claims: It’s an inverse relationship between how unduly confident one is about their understanding and how much they actually understand, ego and self-esteem aside.


People who really do know more probably tend to be more introspective and self-critical thinkers and are more aware of their own intellectual shortcomings and biases than incurious types who don’t think deeply enough to question the limits of their understanding and of their own subjective but real weaknesses.
Posted by Troythulu at 00:00 No comments: Links to this post

The Holidays are coming up, and there's a lot on my plate, so I'll be taking a blogcation until the 28th of the month. That would be the ninth anniversary of my WordPress blog, The Call of Troythulu. I'll be writing, studying, practicing on math lessons, and tons of other things that preclude much blogging. Oh, yes, there are fractals to generate as well, as I'm practicing on unfamiliar apps for those, developing new params for images. I'll see you again here and on other blogs on the 28th, so,

Be safe. Be well. Be brilliant as the stars.

Our Story in One Minute

North America and the Pelican

The Shape of the Milky Way: Mapping the Far Side of the Galaxy

Voyager I Fires Up Thrusters After 37 Years

Juno Isn't Where It's Supposed to Be: The Flyby Anomaly is Back, But Why Does It Happen?

On the Roadster to Mars

The Voyagers in Popular Culture
Posted by Troythulu at 23:00 No comments: Links to this post

G'day, O Fine Hominines! This week has been interesting, as I'm experimenting with studying all three of the languages I'm learning in the same week; it's one language per day at least, more than one on the day or days after if I miss one. So this Sunday, I'm devoting equal time to each of Tamil, Bangla, and Hindi, plus getting in a couple of hours of writing. Here, I'll post thumbnails of recent Mandelbulber v.2 images. These are some of the better ones produced, and more will be added, and uploaded, as those improve in quality: Oh, and your cat for this week: 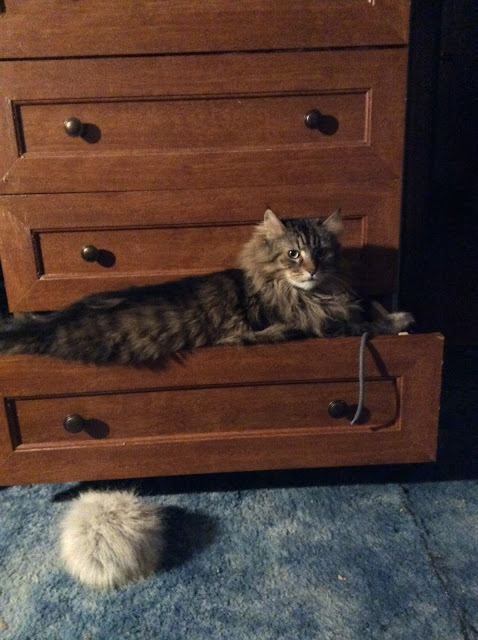 You Think Your Family's Turkey Day Dinner is Rough? Try What HD 172555 Is Serving

Why is It so Cold on Pluto?

Project Lyra: A Mission to Chase Down That Interstellar Asteroid

A Comet True as the North Star

We Just Beamed a Signal at Space Aliens. Was That a Bad Idea?

Posted by Troythulu at 23:30 No comments: Links to this post

Good morning, afternoon, or evening as it suits you, O humans! This week marks the mid-point of my math studies, having taken the 18th out of 36 lessons, ready to move onto the next 18.

I've been generating new images via Mandelbulber v.2. I'll share some of them here next week when I upload them to my DeviantArt gallery. I'll be doing some writing over the next couple of weeks, for blog posts, stories, and essays, and will continue creating more fractals.

This weekend, I've been busy setting up my new dresser chest, so I can find new homes for stuff, while I create new graphic headers and generate ideas for new blog posts.

My habit-forming is coming along nicely, as I add a new productive habit each month, building on prior ones.

Have a terrific time yourselves this week, and I'll see you next Caturday, with pics!

A Happy Sky over Los Angeles

The Pleiades Deep and Dusty

Ethereal Echoes from a Dying Star

A New Observatory Keeps a Very, Very Large Eye on the Sky

Kepler, K2, and Beyond: The Era of Exoplanets Has Arrived!

The Super-Earth Who Came Home for Dinner

Fraktaal from Julius Horsthuis on Vimeo.
Posted by Troythulu at 20:00 No comments: Links to this post

Troythulu
United States
I'm a skeptic and lifelong learner engaged in a healthier alternative to world domination. Welcome to my little online home amidst the buzzing electrons and digital data-hives of the Web.